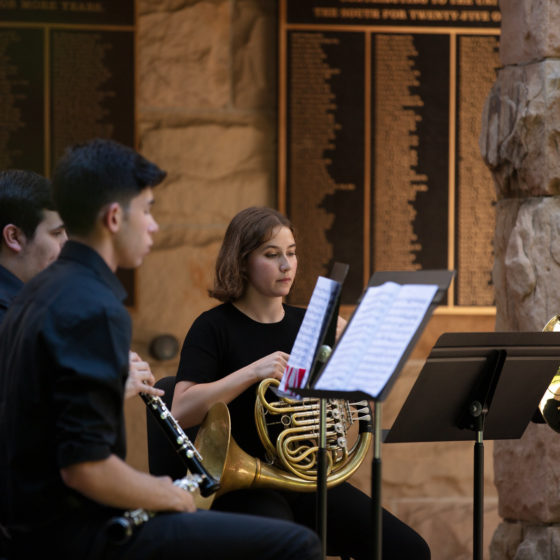 An artistic incubator where talented musicians work closely with renowned artist-faculty in an intensive yet supportive environment.

An inclusive community designed to offer students the chance to learn and grow together with wonderful colleagues from across the world. An international festival, we welcome students from across the country and all 50 states to the Domain each summer. 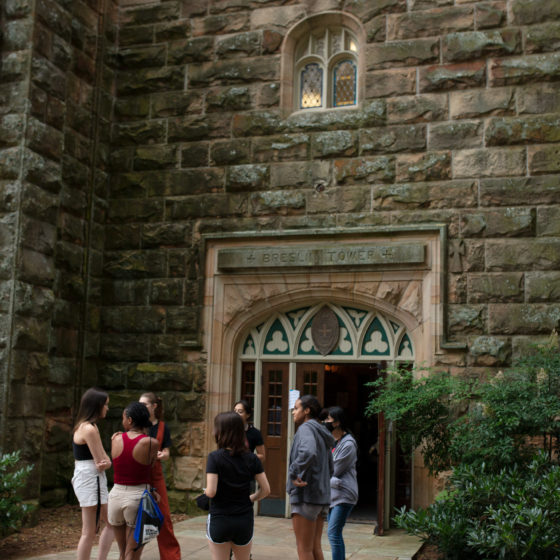 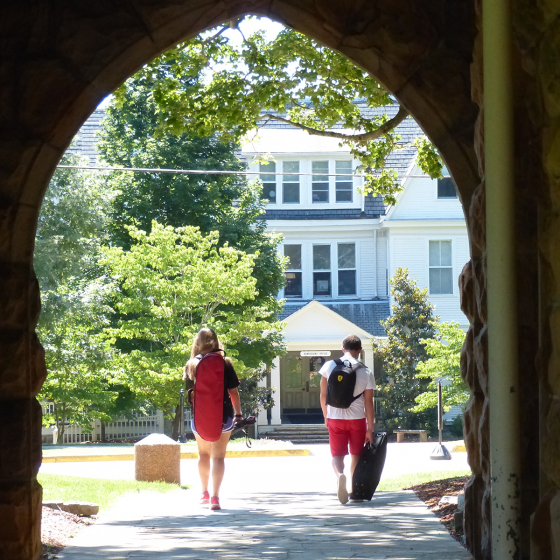 In residence on the bucolic campus of the University of the South, Sewanee is one of the nation’s premier liberal arts colleges. Over 13,000 acres of hiking, biking, and breathtaking mountain views inspire the artist in everyone.

Its predecessor was the remarkable, though short­-lived, Cumberland Forest Festival of 1950-­51. After a six­-year stillness on the Mountain, University Vice-­Chancellor Edward McCrady stepped forward to restore the program. Edward McCrady had a Jeffersonian range of interests. He was a scientist, an architect of considerable skill, an administrator; and, like Jefferson, an amateur violinist. McCrady had visions of creating a musical utopia in Sewanee when he resurrected the idea of a summer festival in 1957, the first season of the present Sewanee Summer Music Festival. Known then as the Sewanee Summer Music Center, the institute was closely allied with the Chattanooga Symphony. Julius Hegyi, then conductor of the Chattanooga Symphony, was the first director of SSMC.

Present at the creation was a young cellist of extraordinary capacities named Martha McCrory. In the early years, McCrory filled many roles: faculty cellist, business manager, and recruiter, barnstorming her way across back roads in Alabama and Georgia in search of students.

McCrory became executive director of the center in 1963, and remained at this post for a remarkable tenure, retiring in 1998. By the end of that decade, the festival featured two student orchestras and a festival orchestra composed of faculty and advanced students. This basic structure continues to the present day.

The present Festival carries elements of both McCrady’s musical utopia and McCrory’s focus on student development. From 2010-2016 the festival was under the direction of Katherine Lehman with the support of an artistic advisory committee made up of SSMF faculty. Evelyn Loehrlein served many roles with the festival, including Director in 2016 and 2017. Currently, leadership is provided by 2018 Artistic and Executive Director John Kilkenny and Managing Director Hilary Dow Ward, as well as a dedicated and talented team of seasonal and year round staff, and world class artist faculty.

Music Center and Festival alumni are active performers, teachers, university professors and arts administrators. The impact of Sewanee is felt in concert halls, conservatories, universities and teaching studios across the United States and around the world.

In 2019, the family of Martha McCrory (Cheri Hulsen, Mary Hutmacher and Martha Didriksen) endowed the “Martha McCrory Scholarship for the Sewanee Summer Music Festival”. This new enowment provides for scholarship support for festival participants, provides funding for creative activities at the festival, and names the principal cello chairs of the Sewanee Symphony and Cumberland Orchestra for Miss McCrory. The final concert of each summer festival will now carry the name ” The Martha McCrory celebratory concert”. The festival is deeply indebted to Martha for her legacy and vision, and to her family for their generous support.

Sewanee: University of the South Values

FLOURISHING
We share responsibility for the well-being of one another and the Domain.

COURAGE
We strive for justice, equity, and sustainability in Sewanee and in the broader society.